It involves asking your children 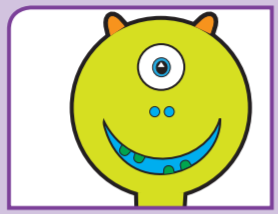 to read 40 words, half of which are made up (these are called “alien” words, and have a picture of an alien next to them).

Any acceptable pronunciation, including regional variations, are allowed. For example, for the alien word “zook”, all regional pronunciations of the ‘oo’ sound were acceptable.

The pass mark per pupil is not known at the time of the tests, but is announced just before the last submission date (typically in late June). In 2018, the pass mark was pronouncing 32 words correctly, which has been the pass mark since the test’s launch in 2012.

Any children who do not achieve the pass mark will be asked to retake the test at the same time in year 2, using that year’s test.

There are two main measures, which are published by the DfE for each LA and Nationally. They are not published for each school, although individual schools may publish them on their website.

This measure is calculated by taking the mean average of the number of words correctly decoded.

Pupils who were absent (A) or did not take the test (D) are excluded from this measure.

The National average for this measure is not published in the Strategic first release (SFR) but is available in the ASP (Analyse School Performance).

In their Inspection Data Summary Report (IDSR), Ofsted calculates for an individual school the average number of words decoded for pupils who did not met the expected standard, but only if at least 11 pupils who were entered into the test did not meet this standard.

Pupils who were absent (A) or did not take the test (D) are included in this measure as “not having met the expected standard”.

Ofsted’s IDSR notes if 90% or more of a school’s pupils, or fewer than 70%, have met the expected standard.

The National Average for the percentage of pupils meeting the expected standard by the end of Year 2 in 2018 is 92%.

Release of National and LA Averages

The initial release of Phonics screening check National and LA averages is generally in late September, and is on the Gov.uk website.

They are included in the Analyse School Performance (ASP) service and Ofsted’s IDSR in November, with typically a later release analysing the results of disadvantaged pupils.

Was the percentage of year 1/year 2 pupils achieving the expected standard in phonics above the national figure?

How did the phonics marks in year 2 compare with those in year 1 for pupils who did not meet the expected standard in year 1?

How did attainment the year 1 phonics and early years reading compare with Key Stage 1 reading for the same cohort?

Are there any patterns of pupil groups who do well or groups who consistently do not reach the level required?

What additional support is in place for any current Year 3 pupils who did not achieve the level required when they were re-tested in the phonic retake?

Thank you for reading this “Understanding Your School’s Data” Guide.

Why not try the other Primary Assessment guides by clicking on the links below?

Or have a look at our guide to

Alternatively – click HERE to return to the “Guides” main menu